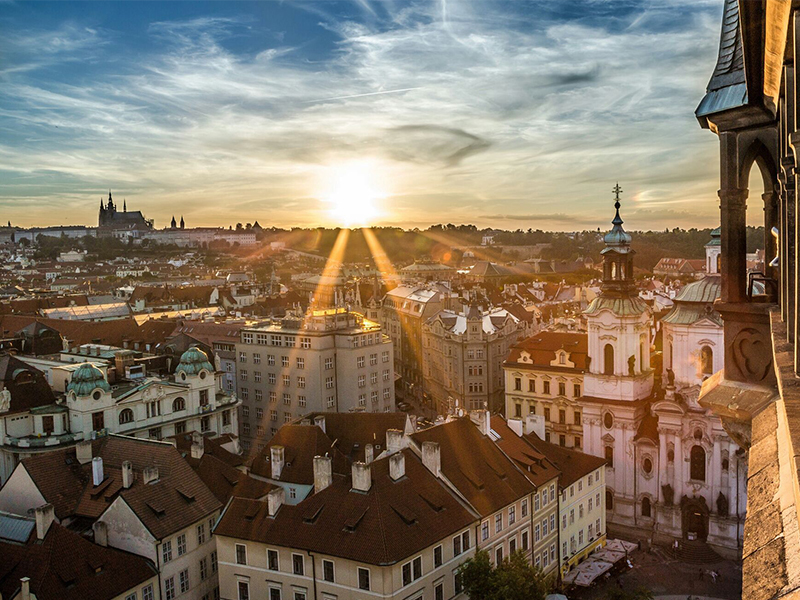 In 2017, bitcoin became the number 1 topic for almost the entire world, entered the top queries of Internet search engines and got into thousands of printed headlines. But not all countries accepted cryptocurrency and related to it blockchain technology in the same way. Among all the countries of the world, leaders were determined, who were ready to support and develop these innovations, while others view them rather hostile or have a wait-and-see attitude. In Europe, Switzerland, Estonia, Cyprus, Malta, Great Britain and the Czech Republic became the most blockchain-friendly countries.

The Czech Republic takes a special place here: it is one of the most "connected" to the cryptocurrency countries. In Prague, you can rent a room in the hotel, have lunch and even get an education for bitcoin.

Today, many Czechs use cryptocurrency, especially for cross-border payments. According to ekonom.cz, at the beginning of 2017, there were several tens of thousands of bitcoin owners in the Czech Republic; today this number is surely many times bigger.

There are some eccentric Czechs, who are ready to make bitcoin a part of themselves. According to 420on.cz, more than 20 people have implanted chips under their skin, which enable mobile phone access, open doors with electronic locks or perform bitcoin transaction.

Small and large Czech businesses made cryptocurrency payments a real trend: in Prague alone, you can pay with bitcoin in more than 80 places, including the famous Paralelni Polis. The Polis building has a unique establishment, which has no analogue in the world – a cafe that works exclusively with cryptocurrency.

The digital currency along with fiat money is accepted by cafes, restaurants, the electronics online store Alza, hotels and even the private university CEVRO Institut. This is possible due to the spreading of services offering bitcoin cards: such payment systems take an amount equivalent to the cost of goods or services from the bitcoin wallet of the user. The payment system GoPay, which is called Czech PayPal in Europe, also recently started accepting bitcoin.

Some companies are ready to go even further and work not only with bitcoin, but other cryptocurrencies as well. Country’s largest electronics store Alza, which included bitcoins in the list of accepted currencies at the request of its customers, is preparing to start accepting Litecoin and Ethereum. The retailer is working with Bitcoinpay, which provides payment processing.

Bitcoin and the government

The Czech Republic was one of the first countries in the world to take steps in regulating cryptocurrencies. A year ago, in January 2017, the law adopted in the country limited the anonymity of transactions. Now, cryptocurrency exchanges and other exchange services are required to verify their customers. This was done to fight money laundering and financing of prohibited activities.

In general, the country authorities treat digital currencies quite favorably. Thus, in August 2017, the Czech National Bank issued a statement urging banks not to fear bitcoin and calling Prague "home for cryptocurrency users." At the end of the publication, it was concluded that one should not be afraid of traditional monetary system of the country being replaced "with a fixed money alternative."

Blockchain in the Czech Republic: not only cryptocurrencies

Today the country has a close-knit community of enthusiasts in the field of cryptography and IT, with Paralelni Polis as their center. This is a unique center, founded by members of the Ztohoven art group; it was inspired by the development of cryptology, hacker movement and ideas of the philosopher Vaclav Benda. Center representatives regularly hold or host meetups, hackathons and international conferences.

One of the upcoming blockchain events is Blockchain & Bitcoin Conference Prague. It will be held on May 17th at the Hotel Ambassador Zlatá Husa, Prague.

This will be the fourth conference in Prague held by Smile-Expo, the organizer of major events dedicated to blockchain, cryptocurrencies and ICO in Europe.

The participants include developers of decentralized technology based services, investors, token sale organizers, as well as specialists in the field of legislation.