Blockchain weapon: all shots are recorded 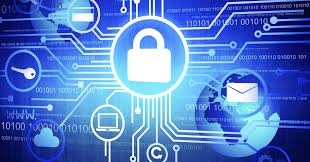 Blocksafe project team has found the unusual appliance of the block chain: weapon monitoring and identification of its owner. ‘Smart gun’ system is designed to connect the weapon with its owner and to prevent a situation when the gun is used against its owner in case of stealing.

Gun owners have to go through an identification process via Bluetooth. If the weapon is stolen, the system will inform its owner and show where the gun is at that very moment. Moreover, the blockchain will keep all the information about what has happened with the weapon since stealing.

According to Kevin Barnes, the head of the project, Blocksafe will be useful not only for private gun holders but also for police officers: police chiefs will be able to see the whole history of where and when their subordinates use guns.

To implement the project, authors require 55 thousand dollars. Developers have decided to get this money due to crowd funding, ending on July 15. They have already collected about one tenth of the necessary sum.