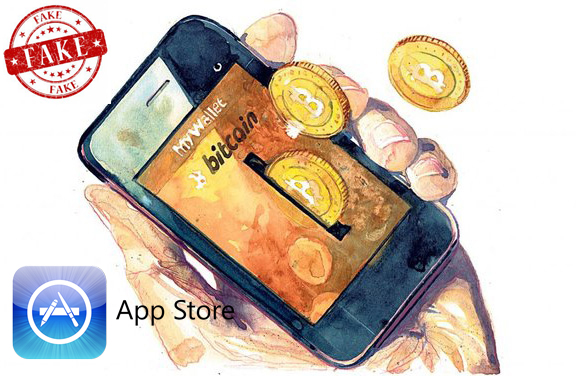 Using the fake wallets and screening themselves behind well-known brands and logos fraudsters have stolen bitcoins of the users.

In such a way, Breadwallet app has copied the name of the real wallet and was available in App Store for a month and a half. A fake version of the app was discovered by true Breadwallet employee and fake application was deleted from the website.

Despite the fact that App Store controls new products tightly, be careful when downloading apps: fake wallets have used the names of other popular services as well.