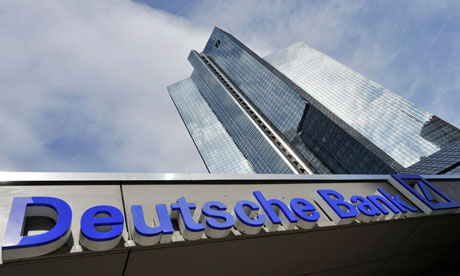 There is a report of the German Banks Association describing the current state of the financial industry digitalization, as well as the use of blockchain technology and microcredit. We present the main points described in the document.

Most of all, they affect the individual approach to customers and advisory services. Smartphones, tablets and broadband access to the Internet have provoked a serious leap in the development of digitalization. The financial market has become much more affordable for the customers, and requirements for financial institutions to enter it have been reduced.

What innovations have a better chance to make a breakthrough?

Experts believe that the future belongs to biometric information for authentication and blockchain technology.

Which countries are the most attractive for the development of fintech projects?

All countries have a problem of regulation of financial investments made by private companies. The USA and the UK have advantages here, although the European law is increasingly inconsistent. It affects banks and fintech companies. The future lies in the development of general legislation in this area.

Do fintech companies have a possibility of arbitration? That is, whether they can provide financial services from one country of Europe to another?

The European financial market is characterized by a strong fragmentation. That is why the above steps can be taken by a limited amount of banks. Each country is characterized by its own system of taxation, legislation and regulation of consumer rights protection. It is better for a company entering the market of another country to create a separate company there unless there are some changes in this respect.

Does digitalization threaten to financial markets?

The fintech companies remove intermediary services between lenders and holders outside the regulation of the banking legislation. Therefore, it increases the transparency of the market and appearance of new ones that are outside the regulation of the banking industry, increasing the risk of instability. In addition, although customers have a bigger choice, the responsibility is growing as well. Due to regulation, the conditions in the credit market will be equal.

How can the security level of financial transactions be increased in the light of digitization?

The banking sector implements the protection of online transactions in order to minimize the possibility of unauthorized access to data. In this case, it is important for the customer to follow simple rules, to give preference to the latest versions of operating systems and antivirus. The EU countries need a common law on the part of information protection to provide all companies with equal opportunities.

Is there any competition between fintech companies and banks?

The fintech companies are characterized by a division into two types: those that provide services to customers, and those that promote the internal banking processes. First ones make a competition to the banks, and the second ones, on the contrary, enter into the existing cooperation as their business model involves offering of innovative solutions to banks to optimize the processes within the organization. Technologies provided by fintech companies are also interesting for banks (for example, automatic consultation).

Is there any future for cryptocurrency? Can big companies enter the market with it?

According to the decision of the European Court, Bitcoins can be used as legal means of payment. However, it is too early to say that the major players in the market will develop solutions based on virtual currency. Experts believe that fintech companies based on blockchain technology have a better chance to success.

Blockchain can make a revolution in the system of the payment settlement, including security trading.

Low popularity of such ecosystems as well as of other markets in Europe is caused by the importance to obtain a bank license. In addition, users do not consider an online platform as a storage place for financial information, which could be trusted.

Will digitalization influence the development of the labour market and what jobs will be replaced by the algorithms?

First of all, low-skilled employees performing simple actions are at risk. To some extent, the digitalization will affect professionals developing appropriate algorithms. However, do not forget about the impact of customer feedback on the process.