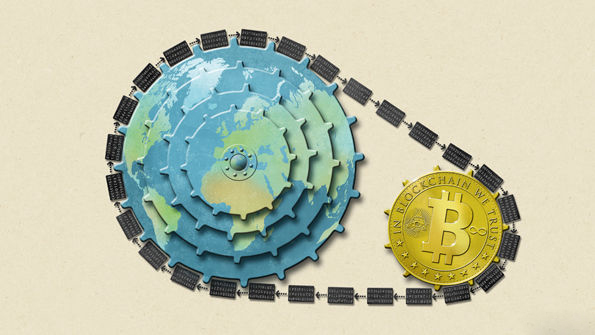 Despite the compliance with the anarchist ideology, Bitcoin is not the trustless money, and therefore it requires legitimating. The absence of a regulator and supervisor, being regarded by the fans of digital currency as a plus, means that Bitcoin still needs more trust than national currencies.

Why does money require trust?

If we speak about traditional money, its credibility is based on the fact that notes or coins can be exchanged in the market for any product or service. The empirics confirm this: having committed such exchange twice or three times, we trust in the successful experience.

In addition, the trust in currency is based on confidence in the government or another monopolist, which has received approval from the society to legitimate violence / coercion. The latter is needed to punish the one who breaks the rules and issues counterfeit banknotes.

Finally, market participants need to trust in the social system, inside of which there is a turnover of money. In other words, a member of the society trusts in a project of the society, which is offered and supported the government. If the government respects no rules, the confidence in the money drops. Partly, this explains the sharp rise and fall of national currencies.

How about the Bitcoin? Does it need such forms of trust?

An owner of digital coins believes that he or she can exchange them for "real" money. Miners, representatives of payment services, speculators believe in it as well. However, no one has taken an obligation to accept the Bitcoin as payment for goods or services. The cryptocurrency does not have a status of legitimate means of payment.

On the one hand, lack of enforcement by the regulator as a sign of anarchist ideology makes the Bitcoin system independent. On the other hand, lack of control requires even greater trust.

The Bitcoin ecosystem depends on key players that ensure normal operation of the network. They include wallets providers, mining pools, cryptocurrency exchanges, and payment operators. If tomorrow they agree to take an unexpected decision for the sake of profit at the expense of ordinary users, no government and no court will force them to comply with regulations (which do not exist).

Indeed, some states have provided Bitcoin with an official status and issued regulatory documents governing the operation of cryptocurrency exchanges, but some Bitcoin companies have met such control with hostility and left the market. For example, ShapeShift left New York in response to the introduction of BitLicense.

All this means that Bitcoin is not the trustless money and requires the same trust as the national currency. Therefore, it is incorrect to say that owners of electronic coins can be fully assured of their own savings.