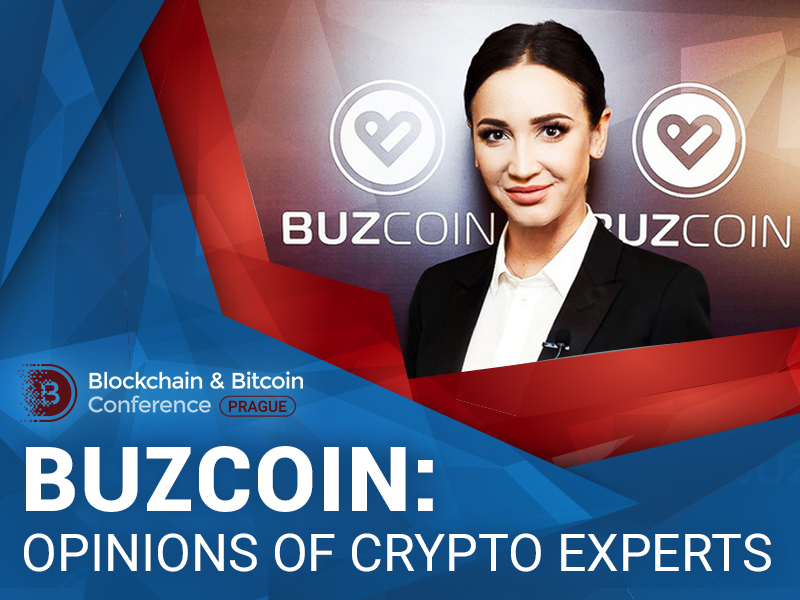 Jamie Foxx, Paris Hilton, William Shatner, Luis Figo, Floyd Mayweather: this is an incomplete list of celebrities who took part in the launch and promotion of an ICO project. Now, it is possible to add another name to this list: Russian celebrity, Olga Buzova.

She announced the launch of her own ICO project, within which it is planned to create an online platform with impressive functionality. It will include an instant messenger, a social network and even a marketplace. Within the ICO, the BUZCOIN token will be issued. You can see the details of the project in its whitepaper.

We decided to find out what professional investors and businesspeople think about this.

In my opinion, Olga Buzova’s ICO doesn’t differ from other ICOs. It doesn’t yet have a product that would provide a token with a qualitative price increase. Its value today is provided only by the speculative element and popularity of Olga Buzova herself.

The team that deals with this ICO is little-known. There are no ICO projects in her portfolio. From the investor's point of view, it is a kind of a ‘red flag’. There is no certainty that the team will cope with the tasks set. And there are lot of such tasks: creation of the whole social network, a trading platform and a number of other subprojects. This requires very serious human resources. But even with their presence, there is no certainty that such a grandiose scope of tasks will be performed.

But the Buzcoin PR was very good: news about the project was well covered by the media. Today, it is the only aspect that will allow the token price to move up for a while.

However, I wouldn’t recommend investing in the project. First of all, because there is no guarantee that it will be completed.

If after pre-ICO it will be announced that the product is modified to become a utility-token or turns into a loyalty program for buying Olga Buzova’s goods, then it may be possible to get a more real working system.

I believe that this ICO in today’s form is one big PR trick, which, perhaps, will not even have a positive financial effect for ordinary citizens.

According to experts, citizens have lost $150 million on the Russian ICO-market. Just think about this figure, and whether you want to invest in similar ICO. It is up to you to decide.

For a ICO professional, there are five obvious signs that indicate that the project is in the red zone as for scam.

The first sign: there is an obvious PR on the name of a well-known person. It is not a bad thing, but it only works at the very beginning of the project. There is a certain celebrity that has no relation to high technologies, and a PR campaign begins. It is clear that the project is aimed at unexperienced and ignorant audience, unable to analyze, but falling for PR.

The second sign: the project doesn’t have MVP, a minimal viable product. There is simply a declaration that something will be done. It means that when the product starts to develop, there will be a huge number of problems and unforeseen aspects.

The third sign: there is fantastic functionality announced. There will be a social network, and a marketplace, and everything possible. Professional teams have been developing separate components of this functionality for years, but it does not work, and this project states that everything should appear immediately – this idea is just a fantasy.

The fourth sign: the declared team, which will deal with the functionality implementation, has no experience. These are people with an incomprehensible track record, who haven’t deal with the development of at least part of the products claimed.

The fifth sign: a huge hardcap is specified: it is the amount necessary to implement the project. About $200 million. Why such an amount is needed if there are no MVP and a clear plan? It can be seen that people want to get a lot of money on PR. At the same time, they hardly understand what they will do with this money. In theory, for such a functional, the amount of $200 million is probably not that big, but I repeat: there is no team that will develop it. Separate parts of the claimed products are developed for a long time even by more professional teams and with a much smaller hardcap.

The design looks great, everything seems to be beautiful, but if you look inside, you'll see a rotting fruit.

Which conclusions may be drawn out of it? If guys wanted to seek publicity, then they coped with this task perfectly. They took Olga Buzova, used hype with ICO, as the result the PR campaign became successful, now everyone remembered Olga Buzova. It would be good if everything stopped here.

If the guys intend to consciously make scam – to get money and go on the run – then it's very sad.

If they really believe that they can implement the declared functions without a product or team, thinking that "now we will get money, buy Lamborghini, and only then look for developers, a team and everything else". To cut a long story short, if they will decide to knit a parachute in the air, then the guys make an unconscious scam.

As a result, the probability that the project will be scam is above 80%. The project is in the red zone. This is the opinion of a specialist. But surely they believe that there will be few such experts among Olga Buzova's investors.

I'm believe this project to be a freak one: it indicates the diseases of the transition period in the industry. So seriously I won’t be able to comment on it.

Interviewed investors and crypto experts agree that Buzcoin is a dubious project. Its authors (including Olga Buzova) make many promises, but those who launched or invested in the ICO, doubt about their feasibility. Therefore, experts warn: one should be very careful when investing in Buzcoin.

Want to find out more about how investors evaluate the ICO projects? Register to the conference and talk to them in person!