Cryptocurrency in the Czech Republic: laws and taxation 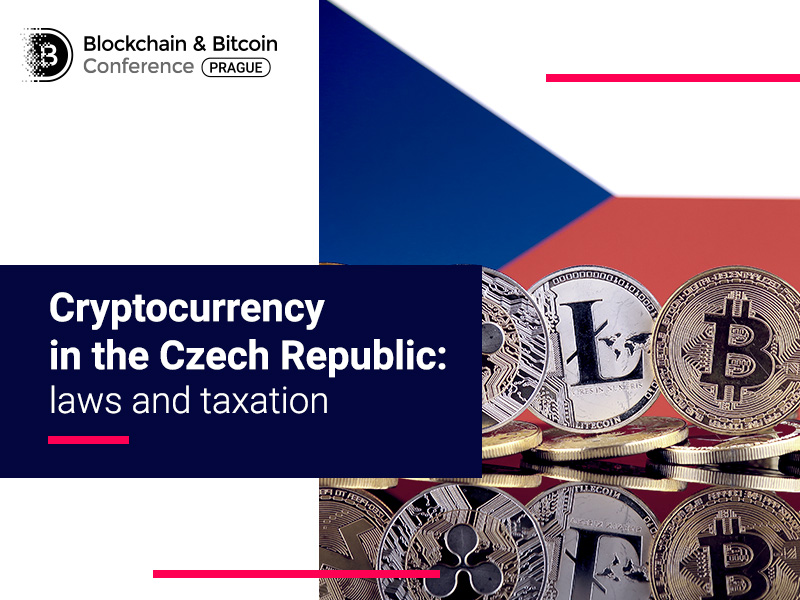 A good example of such institutions is EU Blockchain Observatory and Forum that tracks changes in the cryptocurrency realm and reflects main blockchain initiatives in Europe. The project involves two working groups. One of them deals with political and regulatory requirements to cryptocurrencies, another one is focused on governmental solutions.

By the way, cryptocurrency regulation in various members of the European Union differs: they doubt whether to consider digital assets as goods or an alternative payment method. In some countries like Sweden, a license is necessary for some cryptocurrency transactions while in the Czech Republic, there is no need for it.

Such European countries as Switzerland, Finland, the Netherlands, and Germany support cryptocurrencies. However, the Czech Republic is credited as one of the most friendly countries in terms of law.

The Czech Republic was among the European pioneers of reasonable regulation of cryptocurrencies and their status across at state level. As far back as April 2015, the former Governor of the Czech National Bank Miroslav Singer issued the document ‘Safety of online payments and virtual currency from the Czech National Bank point of view’. As given in the publication, the state legislation in no way limited cryptocurrency transactions. They are regulated by the EU laws only.

As stated by the Czech National Bank, cryptocurrencies are of no danger to the traditional banking system. They are officially accepted as a payment method and don’t fall under a law on payment systems. The Czech National Bank defines virtual currencies as intangible assets that are correspondingly subject to VAT. What is more, bitcoin trading requires no permit. Its purchase and sale are not controlled at state level.

However, on January 1, 2017, the Czech Republic introduced the amendments to the Act on Selected Measures against Legitimization of Proceeds of Crime and Financing of Terrorism (in compliance with the EU’s requirements to anti-money laundering). The new rules stipulate that banks, cryptocurrency exchangers and exchanges have to verify an identity of clients who convert cryptocurrencies into fiat. This rule refers to transactions equivalent to €1000. However, these amendments don’t refer to the Czech-based companies that accept crypto for products and services. It allows free cryptocurrency payments across the country: for example, in Prague, you can use bitcoins to rent a hotel and pay at some cafes (particularly, at a separate department of Paralelni Polis and other 80 points of sale across the country). An online hardware store Alza also accepts bitcoins as payment.

Cryptocurrency taxes in the Czech Republic

As claimed by the Czech National Bank, transactions with digital cash are not to be licensed and surtaxed. Besides, company’s cryptocurrency proceeds are subject to capital gains tax. In the Czech Republic, cryptocurrencies are recognized as non-payment tools. However, if a company or a natural person makes profit, they have to declare all operations in tax reports and pay off corresponding tax.

Juridical persons in the Czech Republic pay capital gains tax of 19%. Natural persons and individual entrepreneurs pay 15% in the following spheres: employment, entrepreneurship, rental revenue, and other types of activity. Income from share acquisition, real estate donation, and inheritance is not subject to taxation. All the citizens have to file an annual declaration. This rule also touches upon foreigners inhabiting the Czech Republic for at least 183 days with intervals or on a permanent basis.

Blockchain development in the Czech Republic

Due to the government’s loyalty, the Czech Republic attracts enthusiasts in the field of cryptography and IT. The country’s capital is a place of the crypto-anarchy center Paralelni Polis initiated by the Ztohoven artist group. The hub is focused on crypto technology development. It has a co-working space for IT experts and a 3D printing studio. Paralelni Polis a hub for multiple hackathons and international crypto events.

In 2018, the special Blockchain Connect / Czech Alliance was introduced in the Czech Republic. This association is focused on the development and technology implementation into country’s economic and social life spheres. The organization was initiated by the heavyweight IBM, professional service PwC, blockchain innovations incubator Adel, and legal firm Squire Patton Boggs.

Besides, the Czech Republic is a location of dozens of blockchain-based companies such as fintech startups SDK.finance, Cashila, finGOOD and a bitcoin banking service wBTCb. Established in the Czech Republic, General Bytes is credited as one of the largest crypto ATMs across the globe. They comprise 30.6% of the world’s market of cryptocurrency banking machines. With a market share of 31.8%, a Puerto Rico-based company is a single competitor of the Czech Republic.

As stated by representatives of the Czech National Bank and the Ministry of Finance of the Czech Republic, no new rules and laws on cryptocurrency are expected to introduce in the country in the nearest future. Currently, the Czech Republic is still one of the most attractive states to run crypto business and conduct transactions with digital currencies. Here, cryptocurrencies are mainly regulated by the EU’s directives, particularly, the AML-5 that prevents money laundering and illegal financial transactions.