Guenther Dobrauz-Saldapenna: with many solutions competing in the market, currently there is no dominant design 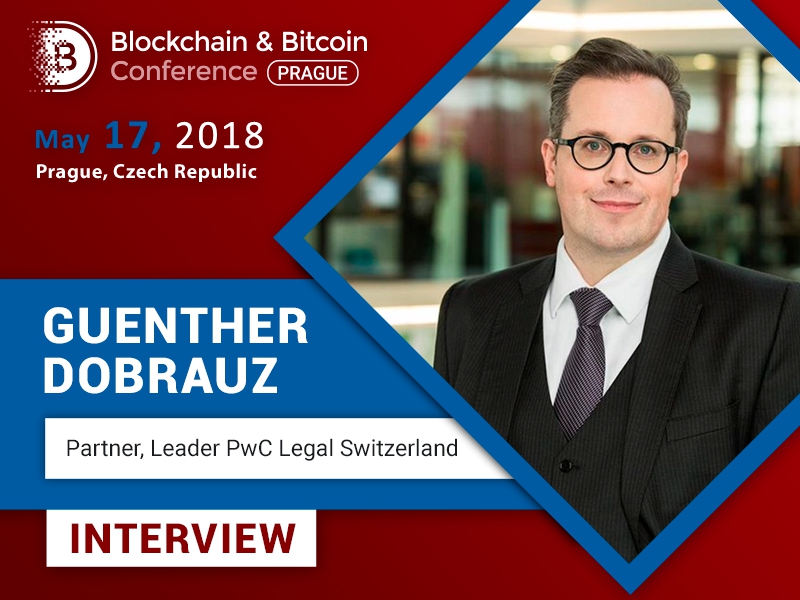 Since its appearance, blockchain technology has changed, and the dynamics of ICO investments and cryptocurrencies has developed. In the future, the dominant design will appear as a hybrid of superior technology features, regulatory standards and a broad user basis, believes Guenther Dobrauz-Saldapenna, the leader at PwC Legal Switzerland. In the interview, the speaker of Blockchain & Bitcoin Conference Prague Guenther made forecasts about the cryptocurrencies future, discussed tokenization and evaluated the dominant design.
Interviewer: Blockchain & Bitcoin Conference Prague (BCP)
Speaker: Guenther Dobrauz-Saldapenna, Leader PwC Legal Switzerland (GDS)

BCP: On the conference you are going to go into details about the question if cryptocurrency will replace fiat money in the future. It is interesting to know how would you evaluate the current process of turning to cryptocurrency?
GDS: At present in my view cryptocurrencies are by and large still predominantly a means of investment and speculation. To receive further uptake as means of payment other than within dedicated ecosystems they will need to receive much wider acceptance and uptake, i.e., people must actually be able to pay with them. But what we clearly see is that investors based in countries with high inflation are adding cryptocurrencies to their allocation mix in a similar fashion as previously assets such precious metals or safe harbour currencies which is interesting as obviously there is significant volatility in cryptocurrencies.

BCP: If discussions about entire industry changes are not just hype, and cryptocurrency will really fully replace fiat money, which possible advantages and disadvantages of such situation could you name?
GDS: As stated I doubt that cryptocurrencies will replace fiat but rather tend to believe that they will be added to an increasingly divers option space. As such potential advantages – once more efficient and stable enabling infrastructures and service provider ecosystems are established – could be reduced cost for users, reduced political influence over these means and more influence of “customers” over the dominant design of infrastructures and services.

BCP: What challenges do you see in assets tokenization now?
GDS: I honestly think that the tokenization of assets offers most interesting opportunities in respect of new products which can be created around them and a wider audience which will gain access to the benefits (and risks!) of their underlying’s. The biggest challenge right as with any innovation at its early stages now is the lack of availability of supporting infrastructure, i.e., lack of banks or other suitable intermediaries willing to provide custody, lack of comprehensive and universally accepted audit and approval standards and processes, etc.

BCP: Apart from innovation dynamics, what else, in your opinion, is important to have in mind, trying to imagine future dominant design?
GDS: I am convinced that the winning dominant design will be a hybrid one consisting of superior technology features, complying with emerging regulatory standards and meeting expectations of a broad user basis. As such a thorough understanding of technology features, regulation and markets developments and the combination of these factors will be essential.

BCP: How would you describe the current dominant design?
GDS: Currently there is no dominant design available in the market. We are at the early stages of a new cycle (or rather innovation S-curve) which is marked by innovation, many solutions competing in the market and the absence of enforced standards.

BCP: Do you think innovations cause the formation of a cycle in some way? Fast changes and positive dynamics cause even more regulations which, in their turn, slow the technological development. Or do you think it is absolutely not the case?
GDS: The dynamics are always largely the same. At the beginning (as in the phase we are in right now) there is significant innovation. After this period of hyper-innovation (largely enabled and fuelled by the absence of comprehensive and overly limiting rules) a dominant design will emerge. This can be a superior solution, which wins the majority of the market or an enforced standard. Once this is established, innovation slows down, there is upwards consolidation and focus shifts towards other factors such as distribution, branding and process efficiency.

BCP: Talking about artificial intelligence, do you think its rise should necessarily end traditional trading, or could it just complement it without transforming it much?
GDS: AI rises in parallel with increased interconnectivity and availability of data. As such it will allow to respond better to this emerging altered reality trading is playing out against and indeed many of today’s rather manual tasks performed by humans will be digitized and automated and subsequently taken over by machines and enriched by AI but at the same time new tasks and even more important tasks will become available for human talent to perform. So I am not afraid that Skynet is upon us.

The expert will elaborate on the topic in more details during his speech at the conference. Take a chance to meet him!